September Over The Edge: Open Reading with Anne Rouse, Jim Ward, & Fiona Hanley PLUS launch of issue 16 of Skylight 47

The September ‘Over The Edge: Open Reading’ takes place in Galway City Library on Thursday, September 29th, 6-7.30pm. The Featured Readers are Fiona Hanley, Jim Ward, & Anne Rouse. The evening will also see the launch, by Anne Rouse, of issue sixteen of perhaps Ireland’s most exciting, informative, and accessible poetry magazine Skylight 47. There will be readings by contributors. All welcome.

Currently based in Connemara, Fiona Hanley writes poetry and lyrical essays. Previous work can be read in Cassandra Voices and Kunstlicht and forthcoming poems in Howl: New Irish Writing and The Interpreter’s House. She was recently placed 3rd for the Lough Mask Poetry competition and holds a PhD in Cultural Studies from the University of Edinburgh. She recently participated in Kevin Higgins’s Thursday Afternoon advanced poetry workshop via Galway Arts Centre. Fiona read some of her poems at the Poetry Co-operative’s arts for mental healh fundraising gig in aid of Jigsaw at Róisin Dubh in July.

Jim Ward has published for poetry and stories in Irish and English in various publications. His play Just Guff won 'Best in the West' award at Galway Fringe Festival, 2017 and has toured nationally including Town Hall Studio, Galway, Kilkee Playwright Festival and Liberty Hall, Dublin as part of MayFest 2019. His poem 2016 Proclamation was runner-up in the Galway Bay FM/Thoor Ballylee Yeats Poetry Challenge,2017. Another poem Orange Sunset came 3rd in the Bobby Sands Creative Writing Contest, 2021. A second play Three Quarks was performed live via Zoom on February 2nd last, Joyce’s birthday, by The James Joyce Centre in Dublin, and is on YouTube. His memoir piece Begging from Beggars was published in The 32 Anthology of Irish Working Class Voices, edited by Paul McVeigh, in 2021. He finished his first novel during the lockdown and is also a published cartoonist. 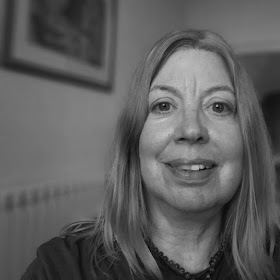 Raised in Virginia, Anne Rouse lives in East Sussex. A former health worker, she's held Royal Literary Fund Fellowships in Glasgow, Belfast and London. Her poems have appeared in the Times Literary Supplement, Poetry Review, Magma, the Guardian, and other journals and anthologies. The Upshot: New and Selected Poems was a TLS Book of the Year in 2008.  Ox-Eye, poems on personal and social change, was published by Bloodaxe this June. She can be found on Twitter @rouseanne.

The MC for the evening will be Susan Millar DuMars. The entire event will be broadcast  via Facebook live at https://www.facebook.com/profile.php?id=100070193895521