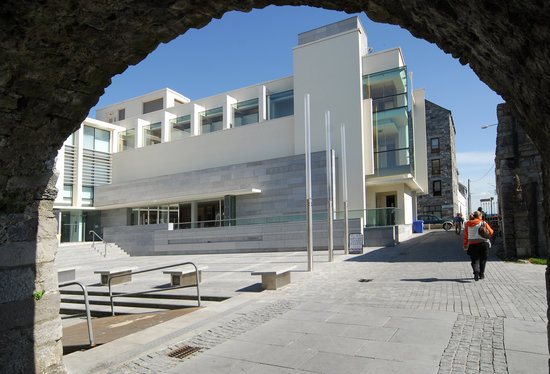 After the event’s huge success in the past nine years, Over The Edge presents its tenth annual fiction slam with Featured Reader, Rebecca O’Connor, at The Kitchen @ The Museum, Spanish, Galway on Friday, October 12th, 8pm.

Rebecca O’Connor’s first collection of poetry We’ll Sing Blackbird was shortlisted for the Shine/Strong Award. Her writing has appeared in the Guardian, the Spectator, Poetry Review and elsewhere. She was a writer in residence at the Wordsworth Trust, the Centre for British Romanticism and is a recipient of a Geoffrey Dearmer Prize. She is co-founder and publisher of The Moth magazine. She lives in County Cavan. He Is Mine and I Have No Other is her first novel and was published by Canongate in June. It has been described as “powerful and searing” by The Sunday Times and as “a menacing debut” by The Daily Mail.
The first twelve fiction writers to make it to The Kitchen @ The Museum on the evening of Friday, October 12th and register will be guaranteed a place in the slam. If you want to be sure of a place, get there early! All participating writers should bring two pieces of their own fiction, as there are two rounds. The time limit in both rounds is five minutes. Extracts from longer stories are admissible. Stories do not have to be memorised. The Fiction Slam will be judged by a three person jury made up of two audience members and Rebecca O’Connor. Three writers will go through to the second round and the prize for the winner is a bottle of excellent red wine.

Over The Edge acknowledges the ongoing generous financial support of the Arts Council, Poetry Ireland and Galway City Council.
Over The Edge Literary Events at 7:36 AM
‹
›
Home
View web version