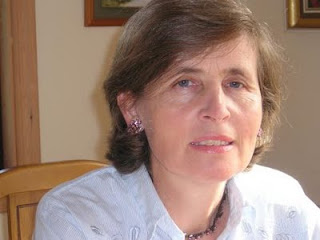 Gerry Galvin is a native of Drumcollogher, Co. Limerick, now living in Oughterard. He is a chef and former restaurateur and the author of bestselling cookbooks The Drimcong Food Affair and Everyday Gourmet. His fiction and poetry have been published at home and abroad in publications such as The Scotsman, The Cape Argus, Hibernia, Crannóg, The Cork Examiner and Ouroboros. He was a 2009 Short Fiction prizewinner in the Fish Publishing competition. His first collection of poetry is forthcoming from Doire Press, Spring 2010.

Liam Duffy is from Galway but is currently attending university in Finland. His poems have appeared in The Shop, Revival and many more. He was also editor of NUI Galway's writers’ society magazine The Sharp Review. Earlier this year, Liam was chosen to take part in a series of summer readings organised in Dublin by The Stinging Fly literary magazine. He recently completed the Advanced Poetry Workshop at Galway Arts Centre and his work features in the group’s highly successful publication Lady Gregory’s Townhouse.

Geraldine Mills was the Millenium winner of the Hennessy / Sunday Tribune New Irish Writer of the year. A native of Galway, Geraldine began her writing career in Dublin where she lived for twenty years before returning with her family to settle in Rosscahill Co. Galway in 1995. Bradshaw Books published two collections of her poetry, Unearthing your Own (2001) and Toil the Dark Harvest (2004). Her first short story collection, The Lick of the Lizard, was published by Arlen House in 2005 and her second, The Weight of Feathers, in 2007. Her third collection of poetry, An Urgency of Stars, is just published by Arlen House.

There will be an open-mic when the Featured Readers have finished. This is open to anyone who has a poem or story to share. New readers are always especially welcome. The MC for the evening will be Susan Millar DuMars. For further details phone 087-6431748.

Over The Edge acknowledges the ongoing generous financial support of Galway City Council and The Arts Council
Over The Edge Literary Events at 2:13 PM
‹
›
Home
View web version