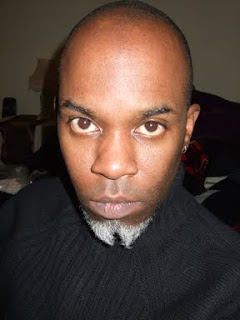 Raven hails from San Francisco. A mesmeric live poet at the very top of his game who has shared the stage with the very best, including American poet Saul Williams, the world's premier live literature and spoken word artist. Raven is a native Californian and perfected his skill at the seminal Sacred Grounds Poetry, San Francisco immediately prior to relocating to Dublin in May 2005. In Ireland he has been published in the Census and Ranelagh Arts Festival anthologies. He has been a repeat performer on Leviathan's spoken word stage at the Electric Picnic, and he currently hosts and performs at Rá, a monthly spoken word showcase in Dublin.

15 Poets take part in the 2009 Grand Slam for the Grand Slam Prize of publication of a Chapbook collection of the winner's poems.