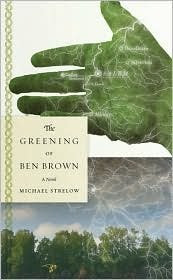 Michael Strelow is a professor of literature and chair of the American Studies program at Willamette University in Salem, Oregon USA. His novel, The Greening of Ben Brown, was a finalist for the Ken Kesey Oregon Book Award in 2005. He has published poetry, short stories and prose in many literary magazines and anthologies. He has just finished a new novel, The Moby-Dick Blues.

Hedy Gibbons Lynott has contributed numerous pieces of non-fiction to Lyric FM’s Quiet Quarter & RTE’s Sunday Miscellany. Her poetry has won the Writelink and Lyric Breakfast awards, and been published by Arlen House in Divas! A Sense of Place. Her work has also appeared in the anthologies Sunday Miscellany 2003-2004, ed. Marie Heaney and in County Lines, (2006) ed. Dermot Bolger. In 2007 she completed an MA in writing at NUIG. She is a member of the Talking Stick Writers Group and Java’s Writers.

John Corless writes short stories, poetry and drama. He is a founder member of the Mayo Writers’ Block, a group of creative writers who meet regularly in Claremorris and recently won the 2008 National Writers Group Festival Writers Group of the Year award. He is currently facilitating a course in Creative Writing for beginners at GMIT – Castlebar. His poetry and short fiction has appeared in a number of publications in Ireland, the UK and USA. In 2007 John’s work featured in Window’s Author’s & Artists.

As usual there will be an open-mic when the Featured Readers have finished. This is open to anyone who has a poem or story to share. New readers are always especially welcome. The MC for the evening will be Susan Millar DuMars. For further details contact 087-6431748.

Over The Edge acknowledges the financial support of Galway City Council and The Arts Council
Over The Edge Literary Events at 11:45 AM
‹
›
Home
View web version