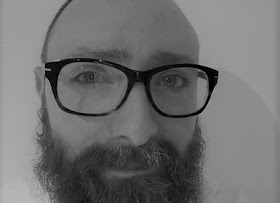 David Green is an international best-selling writer of the epic and the urban, the fantastical and the mysterious. With his character-driven dark fantasy series Empire Of Ruin, or urban fantasy noir Hell In Haven starring Haven's only supernatural PI Nick Holleran, David takes readers on emotional, character-driven, action-packed thrill rides that leaves a reader needing their next fix.Hailing from the north-west of England, David now lives in County Galway on the west coast of Ireland with his wife and train-obsessed son. When not writing, David can be found wondering why he chooses to live in, and write about, places where it constantly rains. 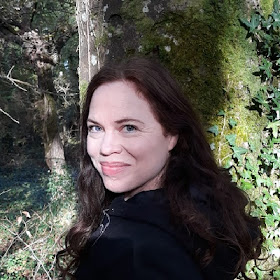 Coirle Mooney is a novelist who grew up in the Burren Perfumery in a house full of fragrant books and now lives in Kinvara, Co. Galway. After completing her MA and PhD in Medieval and Early Modern literature, she began working on a series of Medieval novels.Her debut novel, The Lady’s Keeper,set in Eleanor of Aquitaine’s court, was published by Sapere Books. Her next book,The Cloistered Lady,was published in June, 2022.Her third novel, My Lady’s Shadow, is due for publication this September. She is currently working on another novel set in Elizabethan London. She has always read widely and wrote her first murder mystery, Donald Duck is Dead, aged ten. She read Donald in instalments to her captivated (or captured) classmates. She has worked as a Shakespeare and verse-speaking tutor and as an old and middle English tutor in UCC. Her focus in on storytelling and creating characters with emotional depth. 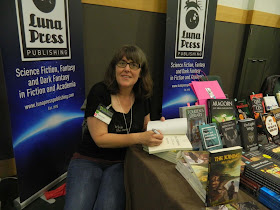 Originally from the UK, Nina Oram lives in County Roscommon. Having fallen in love with County Sligo, she writes Folk Horror and Dark Fantasy inspired by mythology and ancient history, and her passion for the environment.  Nina’s YA Dark Fantasy, “The Carrowkeel Series”, set in the west of Ireland, is published with Luna Press Publishing.  Her first adult book, a Folk Horror novella, “A Face in The Leaves” wasreleased in February this year,based on the legend of the Green Man. She is currently awaiting a publication date for adark and ghostly collection of short stories. She was shortlisted in the British Fantasy Awards 2019, Best Newcomer, for the first book in the trilogy, “The Joining”. Nina won the Luna Press Publishing (UK) short story competition 2016, and was subsequently published in “Beyond Realities II”.She also won the Metamorphose short story competition 2016 in the US, and was published in “Metamorphose Volume II” and has had stories published in “The Ogham Stone”, and “Horla”, online horror magazine. She was longlisted in the Novella Award in the US, with special mention, and twice shortlisted in the Aeon Award, Ireland’s main fantasy competition, as well as for th Over The Edge New Writer of the Year award. Nina is currently finishing her first adult novel, Folk Horror, “The Crooked God”. https://ninaoram.wixsite.com/website

The first twelve fiction writers to make it to Charlie Byrne’s Bookshop on the evening of Friday, July 15th and register will be guaranteed a place in the slam. If you want to be sure of a place, get there early! All participating writers should bring two pieces of their own fiction, as there are two rounds. The time limit in both rounds is FIVE MINUTES. Extracts from longer stories are admissible. Stories do not have to be memorised. The Fiction Slam will be judged by a three person jury made up of Nina Oram, Coirle Mooney, David Green and an audience member. Three writers will go through to the second round and the prize for the winner is a bottle of excellent red wine.

Over The Edge acknowledges the ongoing generous financial support of the Arts Council, Poetry Ireland and Galway City Council.

Over The Edge Literary Events at 1:54 AM
‹
›
Home
View web version