Deirdre Hines, John Noonan, & Daniel Wade PLUS launch of issue 15 of Skylight 47 at January Over The Edge: Open Reading as Over The Edge Celebrates 19th Birthday on Zoom 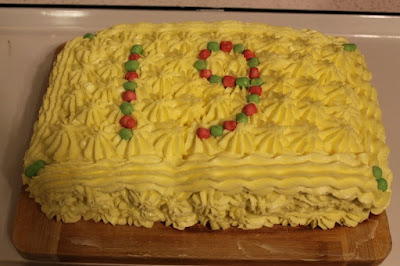 The January ‘Over The Edge: Open Reading’ takes place on Zoom on Thursday, January 20th  at the usual Over The Edge time 6.30-8.00pm (local Galway time). The Featured Readers are Daniel Wade, John Noonan, & Deirdre Hines. The evening will also see the launch, by Deirdre Hines, of issue fifteen of perhaps Ireland’s most exciting, informative, and accessible poetry magazine Skylight 47, edited by Bernie Crawford, Nicki Griffin, & Ruth Quinlan. There will be readings by contributors. This reading celebrates the nineteenth anniversary of the first ever Over The Edge reading in Galway City Library and there will be an online birthday party throughout, even possibly a birthday cake to celebrate the fact that Over The Edge is now (easily) old enough to legally drink whiskey, drive a car, or join the French Foreign Legion. The MC for the evening will be Susan Millar DuMars. 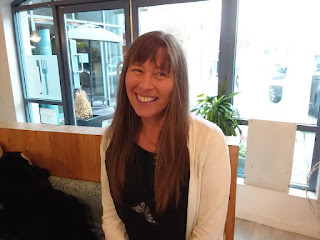 Deirdre Hines was born in Liverpool. She moved to Belfast shortly thereafter, and from there to Letterkenny in Co. Donegal, where she now lives. She has written several plays, of which “Howling Moons, Silent Sons” won the Stewart Parker Award fro Best New Play in 1992. Pigsback Theatre Company produced it. She went on to write “Ghost Acreage at Vixen Tine” for Passion Machine’s Songs of the Reaper Festival in 1994.Other plays include “A Moving Destiny”(1996) produced by Yew Theatre Company and “Dreamframe” produced for Fishamble’s “Y2K” Festival. She was short listed for the Patrick Kavanagh Poetry Award in 2010, and won the Listowel Poetry Collection in 2011. Her debut poetry collection The Language of Coats was published by New Island Press in 2012. New poems have appeared in Poetry Ireland Review, Abridged, Three Drops from a Cauldron, Boyne Berries, The Bombay Review, The Lake, Crannóg, Elsewhere, and The Journal of Intelligent Travel to name a few. Her poetry wards include  being longlisted in The Gregory O’Donohue Competition (2012), and in The Aryamati Poetry Prize (2019), and shortlisted in The Allingham Poetry Prize (2018 and 2019). She reviews poetry for Sabotage, Riggwelter, and the Dublin Review of Books.

John Noonan is a native of Longford and now lives near Dundalk and is a member of Dundalk Writers ; his work has been published in Poetry Ireland Review, Crannóg, Skylight 47, Revival Press, Drawn To the Light Press, Pinewood Review, and Poppy Road Review [USA.]  Boyne Berries, North West Words. His first play "Winter Window" was performed in 2018. John's poetry has also been included in some anthologies also shortlisted in many poetry competitions and was the winner of The Goldsmith International Poetry Competition.

Daniel Wade is a writer from Dublin, Ireland. He is the Hennessy New Irish Writing winner for April 2015 in The Irish Times. In January 2017, his play 'The Collector' was staged at the New Theatre, Dublin. His debut poetry collection Rapids was published by Finishing Line Press in August of 2021, whilst his novel A Land Without Wolves was published by Temple Dark Books in September.

Over The Edge is inviting you to the January Over The Edge: Open Reading on Zoom. Thursday, January 20th, 6.30-8pm

The new issue (no. 15 of Skylight 47) will be launched by Deirdre Hines after the Featured Readers have finished. The MC for the evening will be Susan Millar DuMars. For further details phone 087-6431748.

Over The Edge Literary Events at 10:50 AM
‹
›
Home
View web version