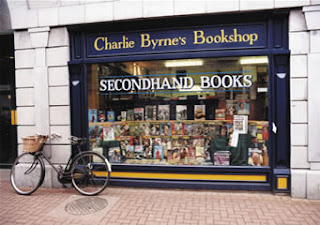 This year's Over The Edge New Writer of The Year competition has attracted a record 341 entries. The long-list will be announced in Charlie Byrne's Bookshop, Middle Street, Galway on Wednesday, August 18th @ 6.30pm and, later that evening, here on our website.

The shortlist will be announced at the August 'Over The Edge: Open Reading' in Galway City Library on Thursday, August 26th (6.30-8pm)

The winners will be announced at the September 'Over The Edge: Open Reading' in Galway City Library on Thursday, September 30th (6.30-8pm)

This year’s competition judge is James Martyn. James is from Galway where he is a member of The Talking Stick Writing Workshop. James writes both fiction and poetry. He has had work broadcast on both RTE and BBC and won the Listowel Writers Week Originals Short Story Competition. His work has appeared in The Cúirt Journal, West 47, Books Ireland, Crannóg, TheSunday Tribune, The Stinging Fly and The Shop. He was shortlisted for a Hennessy Award in 2006. He was shortlisted for the Francis McManus award in both 2007 and 2008 and for The William Trevor International Short Story Competition in 2007. His first collection of poetry, Shedding Skin, was recently published by Arlen House.

The 2010 Over The Edge New Writer of The Year competition is sponsored by Charlie Byrne's Bookshop and Michael D. Higgins T.D
Over The Edge Literary Events at 6:20 PM
‹
›
Home
View web version