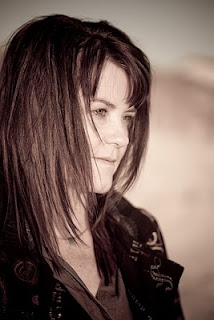 Jennifer Liston
Over The Edge presents readings by poets, Dave Lordan, Rosemary Canavan, Elaine Feeney & Drucilla Wall plus the Galway launch of Lead Skeletons, a new poetry collection by Jennifer Liston, at Sheridan’s Wine Bar, 14-16 Church Yard Street, Galway on Friday, July 9th, 8pm.
Jennifer Liston was born in Limerick and grew up in Gort, Co Galway, Ireland. She now lives in Adelaide, Australia. Her first collection of poetry, Exposure, was published by Ginninderra Press in May 2003. Her second collection of poetry, 17 poems: one for every year of innocence, was published by White Wave Press in 2008. Jennifer was a member of a poetry group in Sydney, a member of the Canberra Closet Poets group, and is a founding member of the Adelaide Closet Poets. She is also a member of the South Australian Writers’ Centre. She has performed her poems at several Irish and Australian poetry events. Lead Skeletons is Jennifer’s third collection of poetry and is published by White Wave Press. The book will be launched on the night by Kevin Higgins.

Dave Lordan was born in Derby, England, in 1975, and grew up in Clonakilty in West Cork. In 2004 he was awarded an Arts Council bursary and in 2005 he won the Patrick Kavanagh Award for Poetry. His collections are The Boy in The Ring (Salmon Poetry, 2007), which won the Strong Award for best first collection by an Irish writer and was shortlisted for the Irish Times poetry prize; and Invitation to a Sacrifice (Salmon Poetry, 2010) which is just published. Eigse Riada theatre company produced his first play, Jo Bangles, at the Mill Theatre, Dundrum in 2010. He has lived in Holland, Greece and Italy, and now resides in Greystones, Co Wicklow.

Poet, children’s author, teacher, visual artist, Rosemary Canavan was born in Scotland, brought up in County Antrim and lives in Cork. Her first collection, The Island (2004), was published by Story Line Press, and was short-listed for the Vincent Buckley Poetry Prize. Her second collection, Trucker's Moll (Salmon, 2009), was launched at the Munster Literature Centre's Éigse 2009 festival. In 2001 she was Writer-in-Residence for Co. Kerry, and from 2006-2007 she was Poetry Editor for Southword. Her two children’s books, Lios Chaitríona and Caitriona agus an tÉan Oir, were published by An Gúm, and she has read at a number of festivals including the Cheltenham Literary Festival.


Drucilla Wall has published poems and essays in Cream City Review, Kalliope, The People Who Stayed: South Eastern Indian Writing After Removal; Eating Fire, Tasting Blood: Breaking the Great Silence of the American Indian Holocaust; Times of Sorrow/Times of Grace: Writing by Women of the Great Plains/High Plains; and True West: Authenticity and the American West. She serves on the executive board for the Western Literature Association and holds membership in the Wordcraft Circle of Native American Writers. She teaches writing at the University of Missouri-Saint Louis. Her first collection of poem, The Geese At The Gates, will be published very early next year by Salmon Poetry.

Elaine Feeney was born in Galway in 1979. She has been writing since her early teens. In 2006 she won the North Beach Nights Grand Slam and in 2008 won the Cuirt Festival’s Poetry Grand Slam. She is a keen page and performance writer. Elaine has performed at many venues including The Edinburgh Fringe Festival, The Electric Picnic, The Vilenica Festival and The Cúirt International Literature Festival. She was the chosen writer on a One Sheet collaboration in 2010 with an artist and a graphic designer and this work is currently on exhibit across Dublin. Her work has been translated into Slovene. Elaine lives in Athenry with her partner Ray, and sons, Jack and Finn. Her debut collection of poetry, Where’s Katie, is just published by Salmon Poetry.

Over The Edge acknowledges the ongoing generous financial support of the Arts Council and Galway City Council.
Over The Edge Literary Events at 1:15 AM
‹
›
Home
View web version