Salmon Poetry presents the Galway Launch of 'Where's Katie?' by Elaine Feeney & 'Invitation to a Sacrifice' by Dave Lordan 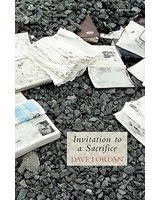 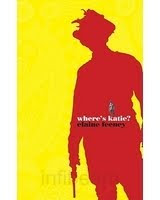 AND AFTERWARDS @ Bar 8, The Docks: Cúirt Grand Slam Winners Showcase to celebrate launch of Lordan and Feeney's new collections. MC for the afternoon will be Mags Treanor from Loose Lips and music afterwards by No Relation. All Welcome.
Over The Edge Literary Events at 8:16 PM 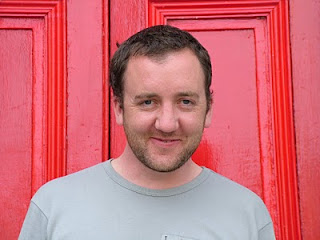 John McManus
The Quare Land, a new play by Cavan playwright John McManus will receive its world premiere in Galway this July as part of the Galway Arts Festival. A thrillingly sharp two hander comedy, McManus’ wit and incisive humour is sure to be a big draw for theatre goers this summer.
Decadent Theatre Company are producing the play in association with the Galway Arts Centre who came across the script last October when it featured as a new play reading in the Galway Theatre Festival. Impressed by McManus’ raw talent and energy, the joint producers picked up the script and endeavoured to bring the show to life in the spot light of a widely acclaimed summer time festival.

Previous produced writing by McManus includes two radio plays: No Hate Going to Loss, and Will you Swap Knees With Me?, which were broadcast on RTE. His stage play A Lock of Fierce Roars received a rehearsed reading by Druid Theatre Company in July 2008. The Quare Land will be his first play to receive a professional production and tour.

Set in a house in Cavan The Quare Land centres on the character Hugh Pugh (Des Keogh), who is about to take his first bath in four years. His bathing is disturbed by Rob McNulty (Frank O’Sullivan), a developer wanting to buy a field. Hugh conducts negotiations from his bathtub and is reluctant to sell while McNulty pulls out all the stops to complete the sale. The quick fire banter between the two characters escalates into an epic finale as both try to reason each other into submission.

Write, read and hear poetry on Inishbofin on the August Bank Holiday weekend. In this weekend course, acclaimed poets and tutors Yvonne Cullen and Sean Lysaght will lead classes for beginners and also for those wishing to strengthen their skills and poetic voices. Outdoor and landscape-based sessions and Readings will accompany these classes, and good time will be left also for swims, walks, tracking the corncrake and enjoying Bofin's unique character and peace.

Fee for the weekend is 230 euro. There are four half fee places at 115 euro and one free place, all available for Bofin residents. To apply for these or other places on the course or for more information please email yvonnesworkshops@gmail.com Please note that course fee does not include accomodation or board. Course programme includes accomodation listings ranging from hostel to hotel, and listings are also available on the inishbofin development company's website. if interested in attending the weekend, we would advise you to research accomodation options IMMEDIATELY, and to contact us to book immediatley as well! We expect a wonderful weekend, and are especially excited at the idea of local involvement in it.

About the tutors:
Yvonne and Sean are both regular Bofin visitors and both have also performed their own work on Bofi in recent times. Both are lovers of Bofin who will be delighted to make this a weekend where poetry and love of place and the stories of place, both personal and communal, come together.

Course organiser and facilitator Yvonne has been leading writing workshops for 18 years. She was described in the Irish Times recently as " That rare thing, a writer who writes beautifully and can pass on the skill." Sean's poetry, it has been said, "brings us not just to the natural world, but also to the environment of the imagination, the environment of language, the environment of literature and of the world's store of legend and tale."
Over The Edge Literary Events at 10:08 AM 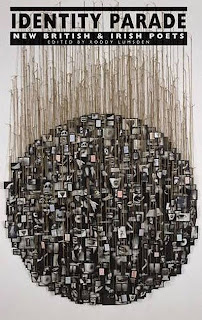 There will be readings by six of the contributing poets, Julia Bird, Judy Brown, Sarah Corbett, Sasha Dugdale, Kevin Higgins & Mark Waldron with introductions by the editor Roddy Lumsden. All are welcome to attend.

Identity Parade presents new British and Irish poetry at a time of great vibrancy and variety. It is the first anthology to comprehensively represent the generation of poets who have emerged since the mid-1990s. Eclectic, diverse and wide-ranging in scope, the book fully reflects the climate of “the pluralist now”. It offers the work of 85 highly individual and distinctive talents whose poems display the breadth of styles and approaches characteristic of our current poetry.

These writers are prospering all over Britain and Ireland – from Shetland to Aberystwyth, from Gravesend to Galway – as well as further afield. Many new and undersung poets appear alongside this generation’s most celebrated names, and probably for the first time in any major poetry anthology, more women writers than men are featured. All the poets have either published first collections within the past 15 years or make their debut within the next year.

Identity Parade is as accessible to the new reader as to the aficionado, with each poet introduced by a biographical note also covering their themes and concerns. This is the essential starting place for anyone interested in the poetry of here and now.

For more about Identity Parade see http://www.bloodaxebooks.com/titlepage.asp?isbn=1852248394
Over The Edge Literary Events at 8:42 PM

The annual ‘Kavanagh Day’ of reciting and readings was inaugurated in Galway in 2008 to mark the national day in honour of Patrick Kavanagh’s writings. This event happens on the second weekend in July where Kavanagh enthusiasts gather – ideally by a waterway location, to celebrate the writers poetry and prose.


The day is again being coordinated this year by Kavanagh enthusiast, Ger Considine and it is hoped to expand and invite speakers and musicians. The dates are
- Sat. 10th July at the Galway City Library , lunchtime timeslot
- Sun. 11th July at the Born Quarter, Newtownsmith, 3pm timeslot


The event will be introduced by organiser, Ger Considine and consist of a brief talk on the Poet’s life and times by one / two well known speakers. A selection of his poems will be recited accompanied by traditional Irish tunes. A traditional singer will provide a Kavanagh-related song or two. Attendees will be invited to read some of their favourite Kavanagh poems. Active Retired, Writers, Readers groups and general Kavanagh enthusiasts are encouraged to come along and get involved in both these free events. The duration of the event is envisaged as one and half to two hours. 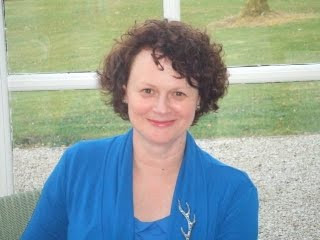 Denise Blake was born in Ohio in 1958. Her family returned to Ireland in 1969 where she grew up in Co. Donegal. Her second collection of poems, How to spin without getting dizzy is just published by Summer Palace Press. She is a regular contributor to Sunday Miscellany on RTE Radio One and her work is included in four Sunday Miscellany anthologies. She received an MA in poetry from Lancaster University / Poets’ House. Recently her poetry was included in the anthology, Landing Places, Immigrant Poets in Ireland.

Quincy Lehr’s first collection of poems, Across the Grid of Streets, was described by Fiona Sampson in the Irish Times as showing “much energy and narrative talent.” Lehr’s poetry and criticism have appeared in numerous journals in the U.S., UK, Ireland, Australia, and the Czech Republic, and he is the associate editor of the Raintown Review. He curates the long-running Carmine Street Metrics reading in New York with Wendy Sloan, and he co-founded Modern Metrics Press with R. Nemo Hill in 2006. He lives in Brooklyn, New York.

A native of Co. Mayo, Aidan Hynes is a teacher and writer based in Dublin. In the 1990s, Aidan was a founder member of American New Irish Artists and Emigrants Network. He has published short fiction in various magazines, newspapers and journals, including the short story anthology Ireland In Exile, The Irish Times and The Irish Echo (New York). He has read his work at venues in the US, Spain and Ireland, including Galway City Library as a Featured Over The Edge Reader in 2007. His short fiction has been a runner up in the George Moore Gold Medal Award (2004) and Over The Edge New Writer Of The Year (2007). In 2008 he was awarded a full Arts Literature Bursary from Dublin City Council for a work of fiction he has recently completed.

Ger Burke spent the years of early childhood on a farm in Co Galway. Having lived in London and later Boston, Ger returned to live in Co Mayo. Her just published novel My Father's Lands was started in Holyoke College, Massachusetts and finished on the shores of Galway Bay. A former teacher of English and History Ger has had many literary successes, both in print and radio, since becoming a full-time writer. She is a member of the editorial board of Crannóg magazine and was a Featured Reader at an Over The Edge: Open Reading in Galway City Library back in 2004. My Father's Lands is her first novel.

Over The Edge acknowledges the ongoing generous financial support of the Arts Council and Galway City Council.
Over The Edge Literary Events at 2:05 AM
‹
›
Home
View web version