Over the Edge New Writer of the Year: 2010 Competition announced, 2009 winners published

UPDATE: THE 2010 OVER THE EDGE NEW WRITER OF THE YEAR COMPETITION
HAS RECEIVED A RECORD 340 ENTRIES

In 2010 Over The Edge is continuing its exciting annual creative writing competition. The competition is open to both poets and fiction writers. The total prize money is €1,000. The best fiction entry will win €300. The best poetry entry will win €300. One of these will then be chosen as the overall winner and will receive an additional €400, giving the overall winner total prize money of €700 and the title Over The Edge New Writer of The Year 2010. The 2010 Over The Edge New Writer of The Year will be a Featured Reader at a reading to be scheduled in Galway City Library in Winter 2010/11. Salmon Poetry will read without prejudice a manuscript submitted to them by the winner in the poetry category.

Entries should be sent to Over The Edge, New Writer of the Year competition, 3 Carbry Road, Newcastle, Galway, Ireland with an accompanying SAE. Entries will be judged anonymously, so do not put your name on your poem(s) or story. Put your contact details on a separate sheet.

Criteria: fiction of up to three thousand words, three poems of up to forty lines, or one poem of up to one hundred lines. Multiple entries are acceptable but each must be accompanied by a fee. The fee for one entry is €10. The fee for multiple entries is €7.50 per entry e.g. two entries will cost €15, three entries €22.50 and so on. Fee payable by cheque or money order to Over The Edge. To take part you must be at least sixteen years old by September 1st 2010 and not have a book published or accepted for publication in that genre. Chapbooks excepted. Entries must not have been previously published or be currently entered in any other competition.

This year’s competition judge is James Martyn. James is from Galway where he is a member of The Talking Stick Writing Workshop. James writes both fiction and poetry. He has had work broadcast on both RTE and BBC and won the Listowel Writers Week Originals Short Story Competition. His work has appeared in The Cúirt Journal, West 47, Books Ireland, Crannóg, TheSunday Tribune, The Stinging Fly and The Shop. He was shortlisted for a Hennessy Award in 2006. He was shortlisted for the Francis McManus award in both 2007 and 2008 and for The William Trevor International Short Story Competition in 2007. His first collection of poetry, Shedding Skin, has just been published by Arlen House.

For further details contact Over The Edge on 087-6431748, e-mail over-the-edge-openreadings@hotmail.com

Over The Edge New Writer of the Year: 2009 winners

2009 Over The Edge New Writer of the Year: David Mohan 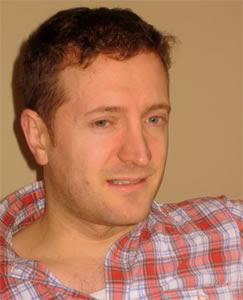 David Mohan is based in Dublin and writes poetry and short stories. He has been published in The Sunday Tribune, The Stony Thursday Book, Southword, and the anthology Night and Day. He has won the Hennessy Sunday Tribune Poetry Award, as well as the 2008 overall New Irish Writer Award. As part of his prize as 2009 Over The Edge New Writer of The Year David will be a Featured Reader at the Over The Edge: Open Reading in Galway City Library on Thursday, May 27th.


Click to read the winning poems:
Come to Light
Nursing a Star
The Samurai Lovers 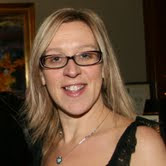 Orla Higgins lives in Galway and recently graduated with an MA in Writing from NUIG. She has won the Over the Edge New Fiction Writer Competition in 2009 for Thin Blue Line and her work has been published in Ropes and Crannog. Orla was also a featured reader at the Over The Edge Emerging Writers Showcase at the 2009 Cuirt International Festival of Literature.