New Zealand based writer, Wes Lee, 2008 Over The Edge New Writer of The Year 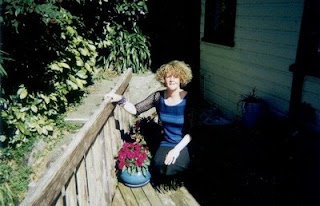 Wes Lee from Wellington, New Zealand is the 2008 Over The Edge New Writer of The Year. Her story, Tigers, has been chosen as the winner by competition judge, Celeste Augé. The winning entry will appear in the January-March issue of Galway Arts Centre's online literary quarterly, West 47.

Wes Lee is a short story writer from the UK, currently living in the antipodes. Formerly a Printmaker and a Lecturer in Fine Arts, she began writing full-time in 2005. Recent writing highlights include being awarded prizes by two of her favorite short story writers: First prize by David Means for the Flosca Short Story Competition in Ireland, and Second prize by Kate Braverman for The Kate Braverman Prize in San Francisco. She has won a number of other awards for her writing and her stories have appeared in various publications, including The Warwick Review, Cadenza and Turbine.

The runner up is Hans-Joachim (Hajo) Quade of Galway for his poems High Flyer, Winkles & Time Warp, while another Galway-based writer, Alan McMonagle, took third place with his story The Fight.

The Over The Edge New Writer of The Year competition is sponsored by Charlie Byrne’s Book Shop, The Bank of Ireland, Kelly Office Supplies and Des & Mary Kavanagh.