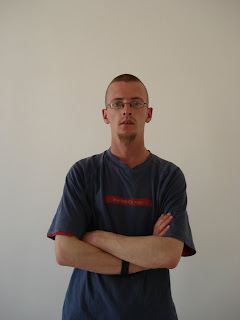 Miceál Kearney, winner of this year's Cúírt Poetry Grand Slam is off this week to read at Slovenia’s 22nd Vilenica International Literary Festival on September 8th, 11am at the Štanjel Literary.


Micéal also won the inaugural Cuisle Festival Poetry Slam in Limerick last October. Poems of his have recently been accepted for publication in The Shop and The Cork Literary Review. He will also feature in a forthcoming anthology from Cinnamon Press.
Over The Edge Literary Events at 3:51 AM
‹
›
Home
View web version