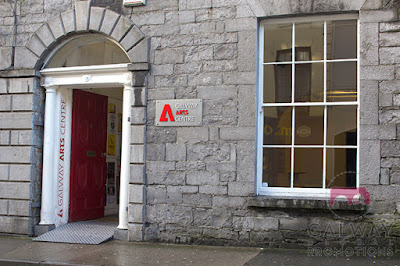 Starting in May, Galway Arts Centre is offering aspiring poets a choice of three online poetry workshops, all facilitated by poet Kevin Higgins, whose best-selling first collection, The Boy With No Face, published by Salmon Poetry, was short-listed for the 2006 Strong Award for Best First Collection by an Irish poet. Kevin’s second collection of poems, Time Gentlemen, Please, was published in 2008 by Salmon Poetry and his poetry is discussed in The Cambridge Introduction to Modern Irish Poetry. His third collection Frightening New Furniture was published in 2010 by Salmon. His work also appears in the generation defining anthology Identity Parade –New British and Irish Poets (Ed. Roddy Lumsden, Bloodaxe, 2010) and The Hundred Years’ War: modern war poems (Ed Neil Astley, Bloodaxe April 2014).  A collection of Kevin’s essays and book reviews, Mentioning The War, was published by Salmon Poetry in 2012. Kevin’s poetry has been translated into Greek, Spanish, Italian, Japanese, German, Serbian, Russian, & Portuguese. In 2014 Kevin's poetry was the subject of a paper 'The Case of Kevin Higgins, or, 'The Present State of Irish Poetic Satire' presented by David Wheatley at a Symposium on Satire at the University of Aberdeen.  He was Satirist-in-Residence at the Bogman’s Cannon (2015-16). '2016 - The Selected Satires of Kevin Higgins' was published by NuaScéalta in 2016; a pamphlet of Kevin’s political poems The Minister For Poetry Has Decreed was published, also in 2016, by the Culture Matters imprint of the UK based Manifesto Press. His poems have been praised by, among others, Tony Blair’s biographer John Rentoul, Observer columnist Nick Cohen, historian Ruth Dudley Edwards, and Sunday Independent columnist Gene Kerrigan; have been quoted in The Daily Telegraph, The Times (UK), The Independent, The Daily Mirror, Hot Press, Phoenix magazine and on Tonight With Vincent Browne; and read aloud by the film director Ken Loach at a political meeting in London. In 2016 The Stinging Fly magazine described Kevin as "likely the most read living poet in Ireland." He has published six collections of poetry with Salmon, including Song of  Songs 2.0: New & Selected Poems (2017).  Kevin has read his work at Arts Council and Culture Ireland supported poetry events in Kansas City, USA (2006), Los Angeles, USA (2007), London, UK (2007), New York, USA (2008), Athens, Greece (2008); St. Louis, USA (2008), Chicago, USA (2009), Denver, USA (2010), Washington D.C (2011), Huntington, West Virginia, USA (2011), Geelong, Australia (2011), Canberra, Australia (2011), St. Louis, USA (2013), Boston, Massachusetts, USA (2013),  Amherst, Massachusetts, USA (2013), & New Mexico, USA (2018). Kevin’s most recent poetry collection, Sex and Death at Merlin Park Hospital, was published by Salmon Poetry (June 2019); one of the poems from which feature in A Galway Epiphany, the final instalment of Ken Bruen’s Jack Taylor series of novels. His poems have been broadcast on RTE Radio, Lyric FM, and BBC Radio 4. His book The Colour Yellow & The Number 19: Negative Thoughts That Helped One Man Mostly Retain His Sanity During 2020 was published last year by Nuascealta. His essay Thrills & Difficulties: Being A Marxist Poet In 21st Century Ireland was published in pamphlet form by Beir Bua Press last year. In December 2021 Kevin was both expelled from the British Labour Party, of which he was an overseas member, for publishing his poem ‘Tribute Acts’ in Socialist Appeal magazine and, on the very same day, awarded ‘Poet of The Year’ at the Labour Heroes Awards event at Conway Hall in London. Kevin’s sixth full poetry collection, Ecstatic, is published by Salmon in May. 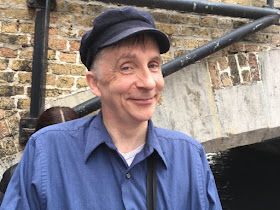 Kevin is an experienced workshop facilitator and several of his students have gone on to achieve publication success. One of his workshop participants at Galway Arts Centre won the prestigious Hennessy Award for New Irish Poetry, two have won the Cúirt New Writing Prize, and yet another the Cúirt Poetry Grand Slam, while several have published collections of their poems; two being shortlisted for the Shine-Strong Award for Best First Collection of poems. In 2013 a group of his students set up the poetry newspaper Skylight 47, which publishes new poems, reviews of poetry books and opinion pieces about poetry related matters. Kevin teaches poetry on the NUIG BA Creative Writing Connect programme and is Creative Writing Director for the NUI Galway Summer School. Kevin is also co-organiser of the successful Over The Edge reading series which specialises in promoting new writers.

The workshops will all commence the week of Monday May 9th. They will be conducted via Zoom in the usual friendly supportive manner that made Kevin's in-person poetry workshops at Galway Arts Centre so popular. Participants shouldn't worry about the technology! Full details of precisely how the workshop will function online will be explained to participants during the first session.

The Tuesday evening and Friday afternoon workshops are open to both complete beginners as well as those who’ve been writing for some time. The Thursday afternoon workshop is an Advanced Poetry Workshop, suitable for those who’ve participated in poetry workshops before or had poems published in magazines. The cost to participants is €110. As a bonus, Kevin is offering five optional in person workshop sessions which will take place in The House Hotel, Galway on Wednesday, May 18th, June 8th. June 15th, July 13th, & July 20th, all starting at 2pm and running until 4pm. These sessions are open to ALL enrolled participants in this term’s poetry workshops.

Places must be paid for in advance. To reserve a place contact reception at Galway Arts Centre, 47 Dominick Street, phone 091 565886, email info@galwayartscentre.ie, or go to