PROBABLY THE BIGGEST LITERARY OPEN-MIC OF THE YEAR

Over The Edge in association with Westside Arts Festival presents the 2017 Over The Edge Summer Open-mic at Westside Library, Seamus Quirke Road on Wednesday, July 12th, 6-8pm 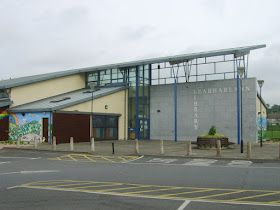 Everyone who has a poem or story to share is most welcome to take part. So, if you have some writing you’d like to read to an audience, this is your opportunity to do so.


The MC for the evening will be Kevin Higgins.

All are welcome to attend.


Over The Edge acknowledges the financial support of the Arts Council, Poetry Ireland, and Galway City Council.

Over The Edge Literary Events at 12:13 PM


June Over The Edge Writers’ Gathering presents readings by Karen McDonnell, Eamonn Lynskey, Anne Tannam, & Maeve Mulrennan & the Galway launch of June Caldwell’s debut short story collection. The event will take place on Thursday, June 29th, 8pm at the Kitchen @ The Museum, Spanish Arch, Galway. All are welcome. There is no cover charge. 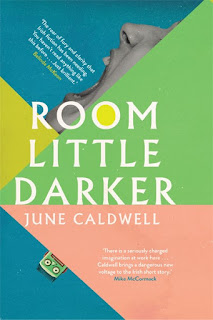 June Caldwell worked for many years as a freelance journalist and now writes fiction. Room Little Darker, a short story collection, was published by New Island Books in May 2017. Her short story ‘SOMAT’ was published in the award-winning anthology The Long Gaze Back, edited by Sinéad Gleeson and was chosen as a ‘favourite’ by The Sunday Times. She’s a prizewinner of the Moth International Short Story Prize and has been shortlisted for many others, including the Calvino Prize in Fabulist Fiction, the Colm Toíbín International Short Story Award, the Lorian Hemingway Prize, and the Sunday Business Post/Penguin Ireland Short Story Prize. She has an MA in Creative Writing from Queen’s University Belfast, and lives in Dublin.
Bred, buttered and living in Dublin, Anne Tannam's first book of poetry Take This Life, was published by WordsOnTheStreet in 2011. Her second collection Tides ShiftingAcross My Sitting Room Floor is just published by Salmon Poetry. A spoken word artist, Anne has performed her work at Lingo, Electric Picnic, Cuirt and other festivals around Ireland and is co-founder of the renowned Dublin Writers' Forum.

Eamonn Lynskey’s poetry first appeared in the New Irish Writing pages of the Irish Press in the 1980s, edited by David Marcus, and since then widely in magazines and journals such Poetry Ireland Review, Cyphers, The SHOp, Crannóg, The Stony Thursday Book, The Stinging Fly, Boyne Berries, Orbis, Riposte Broadsheet and the Irish Times. He was a finalist in the Strokestown International Poetry Competition and in the Hennessy Awards. He has been involved in the organization of poetry events in Dublin for many years and has presented poetry programmes on local radio. He obtained an M. Phil in Creative Writing from Trinity College Dublin in 2012 and participated in the 2013 Stanza Poetry Festival in St. Andrews in Scotland. Before retirement he worked as a teacher and Adult Education organizer.  Eamonn’s third collection of poetry, It’s Time, is just published by Salmon Poetry.

Maeve Mulrennan is a curator and writer based in Galway. She is the Head of Visual Art + Education in Galway Arts Centre, where she has worked since 2006. This role includes exhibitions, critical writing, residencies and education programming. In 2008 she founded Red Bird Youth Collective, which is now a youth led art collective working in visual art, architecture, animation and film. Maeve has been on the Board of Directors of Tulca Festival of Visual Art since 2006. Maeve lectures on the MA Arts Policy & Practice in Huston School of Digital Media, NUI Galway and is an online-Lecturer with NODE Center for Curatorial Studies, Berlin. Maeve is a short story writer, with fiction published in several online journals, The Doire Press 2013 Anthology and The Galway Review. She read at the 2012 Cúirt Festival / Over The Edge showcase reading.

Karen J. McDonnell grew up in Ennis. She spent many years in Dublin working in international banking and as an actress before returning to live in the Burren in north Clare. As a mature student at NUI Galway, she focused increasingly on writing, including Notes from the Margins, a poetic song cycle about women on the edges of history, and literary non-fiction: Unsettled — a West Bank Journal. She won the 2014 WOW Poetry Award and was runner up in the 2015 Wild Atlantic Words and the 2015 Baffle poetry competitions. She was shortlisted for the 2017 Poems for Patience Award. Karen’s debut collection of poems This Little World is just published by Doire Press.

Over The Edge acknowledges the ongoing financial support of the Arts Council,
Poetry Ireland, and Galway City Council.
Over The Edge Literary Events at 12:09 PM
‹
›
Home
View web version