Are You Free Wednesday mornings? 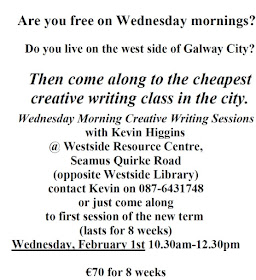 Over The Edge Literary Events at 10:48 PM 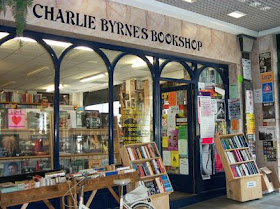 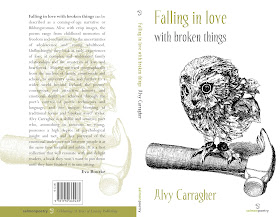 In this annual retrospective of the year just past, Galway-based poets, who published a new collection of poems during 2016, are invited to read three poems from the collection in question. There will also be short readings from the anthologies Poems For Jeremy Corbyn (Shoestring Press, Ed. Merryn Williams), Fermata – Writings Inspired By Music  (Artisan House, Ed. Eva Bourke & Vincent Woods), Even The Daybreak - 35 Years of Salmon Poetry (Salmon, Ed. Jessie Lendennie), & The Poet’s Quest For God (Eyewear Publishing, Ed. Fr. Oliver Brennan, & Todd Swift with Kelly Davio & Cate Myddleton-Evans), all of which include poems by Galway-based writers. 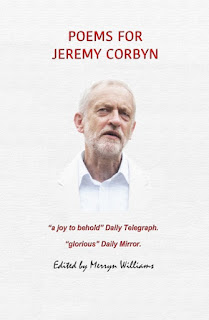 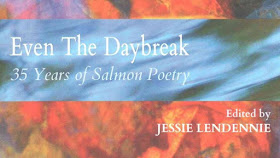 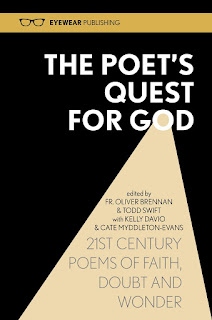 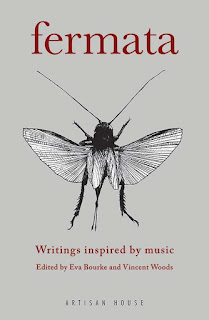 Over The Edge acknowledges the ongoing generous financial support of The Arts Council, Poetry Ireland and Galway City Council.
Over The Edge Literary Events at 2:21 PM

Vinny Steed has had work published abroad and at home.  His poems have featured in the Galway Review, Headstuff, Skylight 47, Crannóg, Into the Void, Tales from the Forest magazine and in the upcoming Ofi Press magazine in February.  He was long listed for the 2015 & 2016 Over The Edge New Writer of The Year competition and short listed for the 2016 Doolin poetry competition.  One of his poems was recently nominated by Into the Void for the Pushcart Prize.  He attends poetry workshops in the Galway Arts Centre.


Helena Kilty lives in Galway, where she divides her time between writing and working as a psychotherapist. She’s currently completing a collection of short stories. She also writes non-fiction and poetry. She’s a member of the Galway Writers’ Workshop and completed the MA in writing at NUI Galway in 2012. Her work has been published in Surge: New Writing From Ireland (O’Brien Press), Skylight47, Crannóg, Poems in profile and in the Abandoned Darlings anthology.


Tim Sniffen studied writing and animation at Hampshire College and began working with Chicago’s Second City theater in 2003: credits there include The Second City Guide To The Opera, Death of a Streetcar Named Virginia Woolf and the recent Longer! Louder! Wagner! -- The Second City Wagner Companion, because who doesn’t like taking a few jabs at Hitler’s favourite easy-listening music? Tim has written for McSweeney’s Internet Tendency, National Public Radio and keeps his own Tumblr site for things that everyone else refuses to print. You can find him as MisterSniffen on Twitter for jokes and the occasional David Versus Goliath squabble with airlines and movie theaters.