Starting in early May, Galway Arts Centre is offering aspiring poets a choice of three poetry workshops, all facilitated by poet Kevin Higgins, whose best-selling first collection, The Boy With No Face, published by Salmon Poetry, was short-listed for the 2006 Strong Award for Best First Collection by an Irish poet. Kevin’s second collection of poems, Time Gentlemen, Please, was published in 2008 by Salmon Poetry and his poetry is discussed in The Cambridge Introduction to Modern Irish Poetry. His third collection Frightening New Furniture was published in 2010 by Salmon. His work also appears in the generation defining anthology Identity Parade –New British and Irish Poets (Ed. Roddy Lumsden, Bloodaxe, 2010) and The Hundred Years’ War: modern war poems (Ed Neil Astley, Bloodaxe April 2014).  A collection of Kevin’s essays and book reviews, Mentioning The War, was published by Salmon Poetry in 2012. Kevin’s poetry has been translated into Greek, Russian, Spanish, Italian, Japanese & Portuguese. His fourth collection of poetry, The Ghost in the Lobby, was published in 2014 by Salmon. Kevin's poetry was the subject of a paper 'The Case of Kevin Higgins, or, The Present State of Irish Poetic Satire' presented by David Wheatley at a Symposium on Satire at the University of Aberdeen. Kevin is satirist-in-residence with the alternative literature website The Bogman’s Cannon. His most recent t book 2016 – The Selected Satires of Kevin Higgins was published by NuaScéalta earlier this year. Song of Songs 2:0 – New & Selected Poems will be published by Salmon in Spring 2017. The Stinging Fly magazine recently described Kevin as “likely the most widely read living poet in Ireland”. 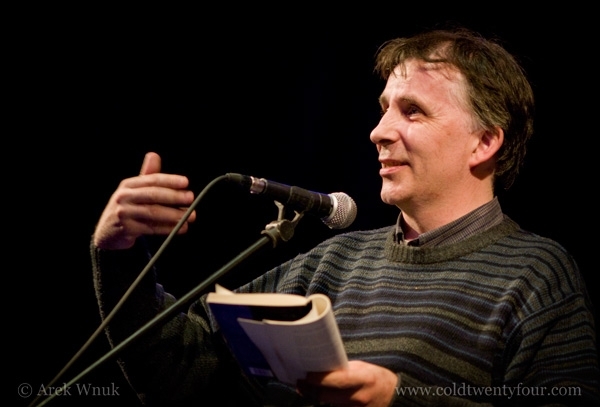 Kevin is an experienced workshop facilitator and several of his students have gone on to achieve publication success. One of his workshop participants at Galway Arts Centre won the prestigious Hennessy Award for New Irish Poetry, two have won the Cúirt New Writing Prize, and yet another the Cúirt Poetry Grand Slam, while several have published collections of their poems; two being shortlisted for the Shine-Strong Award for Best First Collection of poems. In 2013 a group of his students set up the poetry newspaper Skylight 47, which publishes new poems, reviews of poetry books and opinion pieces about poetry related matters. Kevin teaches poetry on the NUI Galway Summer School programme and on the NUIG BA Creative Writing Connect programme. Kevin is also co-organiser of the successful Over The Edge reading series which specialises in promoting new writers.

Places must be paid for in advance. To reserve a place contact reception at Galway Arts Centre, 47 Dominick Street, phone 091 565886 or email info@galwayartscentre.ie
Over The Edge Literary Events at 7:26 PM

Starting in early May, Galway Arts Centre presents a daytime class for all those beginner and continuing creative writing students out there, facilitated by Susan Millar DuMars. Susan Millar DuMars writes both poetry and fiction. A collection of her stories, Lights In The Distance, was published in December 2010 by Doire Press; she has published three collections of poetry, Big Pink Umbrella (2008), Dreams For Breakfast (2010) & The God Thing (2013) all with Salmon Poetry. Susan was the Featured Fiction writer in a recent issue of the American online magazine The Atticus Review. Her latest book of poems Bone Fire, published by Salmon Poetry, is being launched at this year’s Cúirt Festival of International Literature. She is also co-organiser of the Over The Edge reading series which specifically promotes new writers. Susan edited the anthology Over the Edge – the first ten years, published by Salmon, which includes work by forty seven writers who have published a first book since they did a reading at an Over The Edge: Open Reading in Galway City Library


The class is suitable for both beginning and continuing creative writing students, working in either poetry or fiction. Students will spend their weeks responding to writing exercises designed to inspire, rather than inhibit. In class, they will receive gentle feedback on their work from their classmates and from the teacher. The class takes place on Monday afternoons, 2.30-4pm, commencing on Monday, May 9th. It runs for 8 weeks.

The cost to participants is 90 Euro with an 80 Euro concession price. Booking is essential as places are limited. There are no refunds once the class has started. For booking please contact Galway Arts Centre, 47 Dominick Street, phone 091 565886 or email info@galwayartscentre.ie
Over The Edge Literary Events at 7:26 PM


Since its inception in 2006 the New Writing Showcase has grown to become one of the most important platforms for emerging writers in Ireland. This year’s Cúirt Over The Edge New Writing Showcase features three participants from the Over the Edge literary series in Galway – Aoife Reilly, Erin Fornoff, & Michelle Coyne – Kathryn Guille, the winner of the Cúirt New Writing Poetry Prize 2016 and John O’Donnell, the winner of the 2016 Cúirt New Writing Fiction Prize. The MC for the event will be regular Over The Edge host Susan Millar DuMars. It takes place on Wednesday, April 20th, 3pm, at The Town Hall Theatre. Entry is free of charge. All welcome.

Aoife Reilly is originally from Laois, but has been living in Galway since 2012. She works as a psychotherapist and teacher and has been attending Kevin Higgins’s poetry workshops at Galway Arts Centre since Autumn 2013. Aoife’s poetry has been published in Crannóg, Skylight 47, on the Poethead website, and in a wide variety of other poetry magazines recently. Aoife was a Featured Reader at the August 2015 Over The Edge: Open Reading.

Appalachian born, Dublin-based poet Erin Fornoff has performed her poetry at Glastonbury, Electric Picnic, and dozens of other festivals and events across the UK and Ireland. She has been published in The Stinging Fly, Skylight 47, New Planet Cabaret, Cyphers, and many others. In 2014 she was selected for the 2014 Poetry Ireland Introductions Series and became Artistic Director for Lingo, Ireland's first ever spoken word festival. She is also working on a novel. Erin was a Featured Reader at the February 2015 Over The Edge: Open Reading.

Kathryn Guille is an American writer and choreographer living in Limerick City. Her screenplay, Enemy of the Freak State, has won the David Dortort Prize for Screenwriting, and her play, Venla and Henry has won the Alice Stark Award for Playwriting. Kathryn is a founding member of the New York Time’s acclaimed Ateh Theatre Group. She was an Off-Broadway and regional fight director and actress for over ten years before moving to Ireland. Kathryn holds a BFA from NYU’s TISCH School of the Arts, and an MFA in Creative Writing from The City College of New York. Kathryn is the winner of the 2016 Cúirt New Writing Poetry Prize.

John O’Donnell’s work has been published and broadcast widely. Awards include the Irish National Poetry Prize, the Ireland Funds Prize and the Hennessy Award for Poetry in 1998. His fiction has been published in the Sunday Tribune, the Sunday Independent, The Stinging Fly, and online in Books Ireland and the Irish Times. Promise, his first short story, was published in 2011 and was broadcast on RTE’s The Book On One. In 2013 his story Shelley won the Hennessy Award for Emerging Fiction. He lives and works in Dublin. John is the winner of the 2016 Cúirt New Writing Fiction Prize.

Over The Edge acknowledges the ongoing financial support of The Arts Council, Galway City Council, and Poetry Ireland, and our ongoing partnership with the Cúirt Festival of International Literature.
Over The Edge Literary Events at 2:26 PM 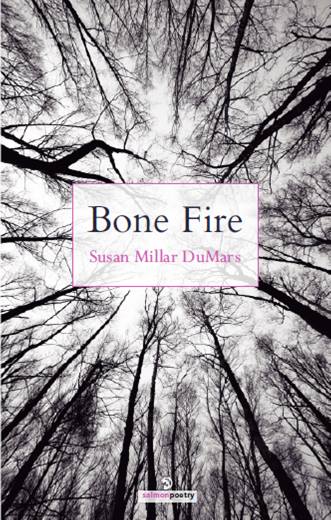 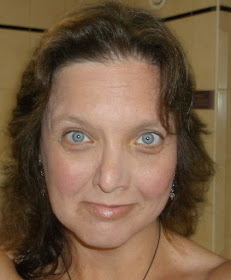 The fire is love and lust – a lover’s tongue, a naked woman. It’s the red stones of a canyon. The fire is the red hair of the poet’s grandfather, the blood of JFK, a warehouse burning in South Philadelphia. Most of all, the fire is destruction; a torching, a bonfire, a clearing of space for whatever comes next.
Bone Fire is what we feel when history unfolds its dark feathers.

Bone Fire, a new collection of poetry by Susan Millar DuMars will be officially launched by Robyn Rowland.

For more about the launch see the Cúirt Festival website.
Over The Edge Literary Events at 12:33 PM

May Over The Edge Writers' Gathering with Eileen Ni Shuilleabháin, Stephen Byrne, Steve Luttrell plus GALWAY LAUNCH of The Café Review


The May Over The Edge Writers’ Gathering presents an exciting variety of poetry by visiting American poet Steve Luttrell, and Galway-based poets Stephen Byrne, and Eileen Ní Shuilleabháin. The evening will also see the Galway launch of a special Irish issue of the American poetry magazine The Café Review, featuring poems by Paula Meehan, MacDara Woods, Eiléan Ní Chuilleanáin, Thomas McCarthy, and many more. Among contributors to the issue reading their poems on the evening will be Lorna Shaughnessy, Órfhlaith Foyle, Susan Millar DuMars, John Walsh, Susan Lindsay, Kevin Higgins, & Aideen Henry.

The event will take place at The Kitchen @ The Museum, Spanish Arch, Galway on Friday, May 13th, 8pm. All are welcome. There is no cover charge.
Steve Luttrell is a former poet laureate of Portland, Maine. He has published five chapbooks and six major editions of his poetry, including Home Movies, Conditions, The Vagaries: A Winter's Sequence, and Pemaquid and Other Poems. His most recent poetry collection, Plumb Line, is just published by North Atlantic Books.


Eileen Ní Shuilleabháin grew up in the parish of Carna in south Connemara. Her poetry has been published in a number of literary journals including Apercus Quarterly, Boyne Berries, Scissors and Spackle, Emerge Literary Journal, The Burning Bush and Crack the Spine, amongst others.  She was also published in a poetry anthology titled - The Tuesday Knights in 2012 which was shortlisted for the Writers' Circle Anthology award 2013. She currently lives and works in Galway city.

Stephen Byrne is a (now semi-retired) chef from Dublin living in Galway 12 years. His work has been published or is forthcoming in Warscapes, Spontaneity, Boyne Berries, The Poetry Bus, Galway Review, The Original Van Gogh’s Ear Anthology, Skylight 47 and many other places. His poems have been translated into Russian for the Nasha Gazeta journal. He has been shortlisted for The Redline Book Festival Poetry Competition and ‘Over the Edge’ Poetry competition and more recently selected for the TCK Productions competition in London. In 2012 he collaborated with 6 Galway based poets to create a poetry anthology called Wayword Tuesdays and this was short listed for Writing Magazines Writers’ Circle Anthology Award.

The Café Review is a quarterly journal of poetry, art and reviews that is based in Portland, Maine and has been published for over twenty-five years. Contributors have included Kim Addonizio, Daisy Zamora, Diane Wakoski, and Anslem Berrigan.  The magazine is edited by Steve Luttrell.
Over The Edge Literary Events at 8:42 PM
‹
›
Home
View web version