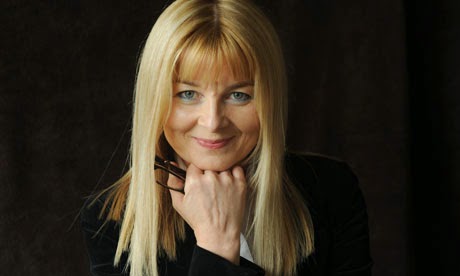 After the event’s huge success in the past four years, Over The Edge presents its fifth annual fiction slam with Featured Reader, Mary Costello, at The Kitchen @ The Museum, Spanish Arch, Galway on Friday, October 11th, 8pm.

Mary Costello is originally from East Galway and now lives in Dublin. Her stories have been widely anthologised and published in New Irish Writing and in The Stinging Fly. Her debut short story collection, The China Factory, was published last year by The Stinging Fly press and has received a very warm critical response internationally. Long-listed for the Guardian First Book Award, The China Factory has been described by The Sunday Independent as "twelve perfect stories." Mary Costello is a rising Irish literary star.

Poetry slams have provided many emerging poets with an important platform over the past decade, but now it’s the fiction writers’ turn. The first twelve fiction writers to make it to The Kitchen @ The Museum on the evening of Friday, October 11th and register will be guaranteed a place in the slam. All participating writers should bring two pieces of their own fiction, as there are two rounds. The time limit in both rounds is five minutes. Extracts from longer stories are admissible. Stories do not have to be memorised. The Fiction Slam will be judged by a three person jury made up of two audience members and Mary Costello. Three writers will go through to the second round and the prize for the winner is a bottle of wine.

There is no entrance fee. All welcome. For further information contact 087-6431748.
Over The Edge acknowledges the ongoing generous financial support of The Arts Council and Galway City Council. 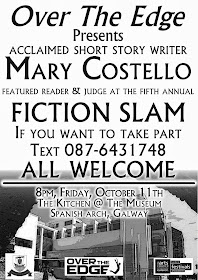 Over The Edge Literary Events at 7:37 PM 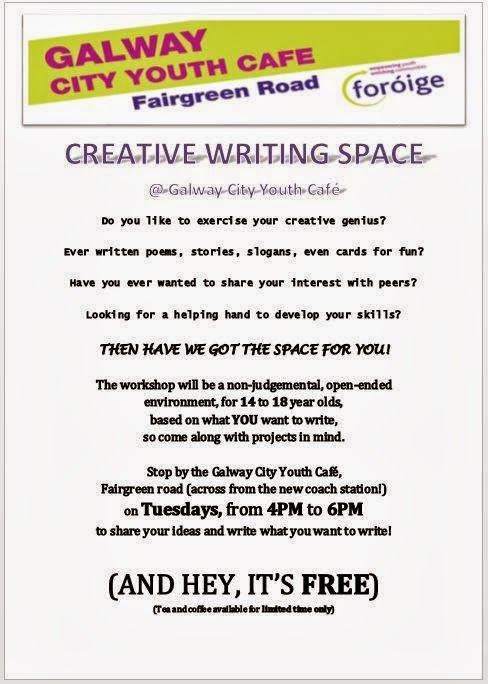 Over The Edge Literary Events at 11:45 PM 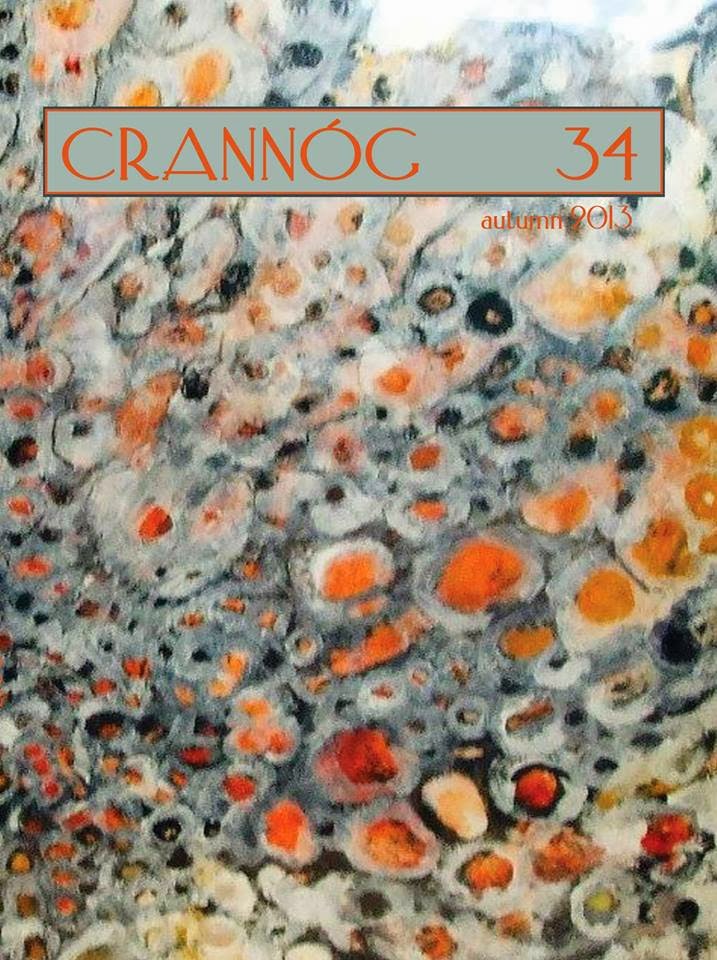 Issue 34 of the fine Galway-based literary magazine, Crannóg,
is launched on Friday October 25th at 6.30PM
in The Crane Bar, Galway.
Still only €6.
Over The Edge Literary Events at 11:30 PM 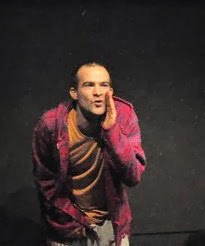 Award winning performance poet, storyteller and emerging hip-hop artist Dave Rock is offering a course on every aspect of performing poetry. Whether you want to develop your slam style skills or simply deliver with more presence and passion, this course is for you. Suitable for performers at all levels. The course focuses on confidence, aliveness, and technical mastery onstage. Deliver your work as it deserves to be delivered. Over the four weeks we will work on stage presence, delivery, and audience connection, to bring out the unique talents of each person.

Dave Rock has repeatedly placed in the top three or four of major poetry slams such as the Cuirt International Festival of Literature Poetry Grandslam, and the All Ireland Slam. He has also been a finalist in other grandslams both in Ireland the UK. He brings a unique physical and vocal presence to the stage, and often works with pure improvisation. He has coached many major slam winners.

“Dave Rock acted as a huge influence and guide for me in terms of how a performer can embody poetry as they speak. He acts more as a mentor than a tutor, and the coaching I received from him almost felt more like discussion that led to growth in my own performance. It was a joy to learn from him, and through these experiences I feel I grew a great deal as a facilitator and educator myself.”
Sarah Griff, All Ireland Poetry Slam finalist, winner Over the Edge Fiction Slam, Literary Deathmatch Dublin, Bawdy Storytelling Slam San Fransisco

Special Over The Edge: Open Reading At This Year’s Lady Gregory Autumn Gathering 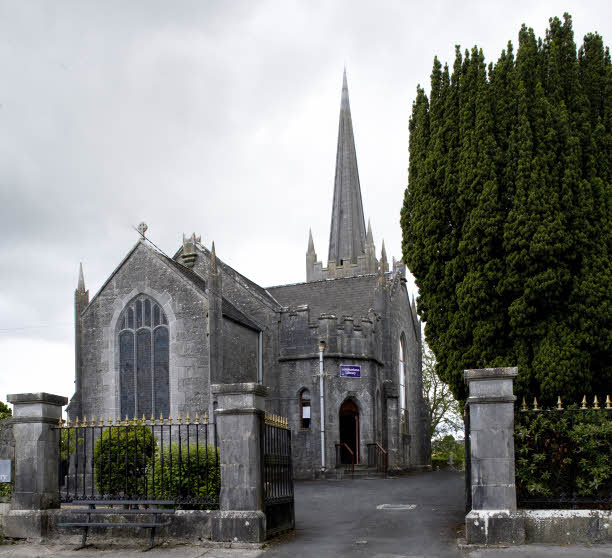 The Over The Edge: Open Readings in Galway City Library are famed for their large, supportive audiences. During the past decade many now established writers have taken their first early steps at these legendary readings. The venue for these readings since their inception in 2003 has always been Galway City Library. This year’s Lady Gregory Autumn Gathering will include a special Over The Edge: Open Reading which will take place at Gort Public Library on Thursday, October 3rd, 7pm. The Featured Readers are Bernie Crawford, Anthony O’Brien & Marie Cadden. There will as is usual at Over The Edge events be an open-mic after the Featured Readers have finished. Everyone who has a poem or page or two of a story they’d like to try out on an audience is most welcome to come along and participate.

Bernie Crawford lives near Oranmore, Co Galway.  She won first prize in The Dead Good Poetry Competition in 2013. She was long-listed for Over the Edge Poetry Competition in 2011 and again this year 2013. She was also long listed this year for Doire Press Annual International Poetry Chapbook Competition. In 2012 she was long-listed for the Powers Irish Whiskey Short Story Competition and was also a finalist in the Baffle poetry festival in Loughrea. She has been invited to read at a number of venues and her poems have appeared in the poetry anthology Behind The Masks and in a number of publications including Irish Left Review and Skylight 47.

Anthony O’Brien was born in Limerick and has been involved in Creative Writing since his schooldays in CBS Sextons Street. As well as his chapbook 21 Poems Anthony’s poems have been published in The Old Limerick Journal, The Limerick Poetry Broadsheet and The Stony Thursday Book and many other magazines. He has translated the poetry of the 19th century poet French Symbolist poet Paul Verlaine two of these translations were published in The Gorey Detail. In the 1990s he was a member of Fourfront poets with fellow Limerick poets Ciaran O Driscoll, Jo Slade and Mark Whelan. They wrote poetic drama pieces for the stage which they performed themselves at venues nationally. Since moving to live in Oranmore he has contributed to many Galway poetry workshops and recently been published in the NUIG creative writing chapbook Sourcings edited by Moya Cannon. Anthony is a member of the Oranmore Library Poetry Reading group and The Weir writing group and was shortlisted for the 2013 Cúirt New Writing prize

There will be an open-mic after the Featured Readers have finished, which is open to everyone. The MC for the evening will be Susan Millar DuMars. For further details phone 087-6431748.

Over The Edge acknowledges the ongoing generous financial support of Galway City Council & The Arts Council.
Over The Edge Literary Events at 8:51 PM 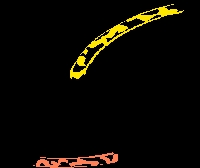 Come for the craic - listen, read, or simply enjoy a pint of the Crane's finest.

The 2012/13 MA, "The Blackfort Writers" have also invited the 2011/12 MA, "The Abandoned Darlings" in addition to a handful of Galway's best-known writers including Kevin Higgins, Eva Bourke, Mike McCormack and Adrian Frazier to name a few.

A €3 donation will be collected at the door. All proceeds go to the creation of the Black Fort Writers' anthology, "Adventure Hat."

For more info, check out: www.facebook.com/blackfortwriters or www.blackfortwriters.wordpress.com
Over The Edge Literary Events at 10:26 PM
‹
›
Home
View web version