July Over The Edge Writers’ Gathering
at Galway City Library
presents The Launch
by Eamonn Wall,
Smurfit-Stone Professor of Irish Studies
at the University of Missouri-St. Louis,
of the second issue of Skylight 47
probably Ireland’s most interesting poetry publication


The July Over The Edge Writers’ Gathering will see the launch of the second issue of Skylight 47, probably Ireland’s most interesting poetry publication, with SPECIAL GUESTS EAMONN WALL & PATRICK KEHOE. All contributors to this issue of Skylight 47 are invited to come along and read their poem from the magazine. Eamonn Wall will officially launch the new issue and read some of his own poems. There will is also be a reading by poet Patrick Kehoe.

The event will take place at Galway City Library, St. Augustine Street on Thursday, July 11th, 6.30-8pm. All are welcome. There is no cover charge. Skylight 47 is generously sponsored by Food 4 Thought. Copies of the magazine will be on sale on the evening and can also be purchased here http://www.overtheedgeliteraryevents.blogspot.ie/2012/11/skylight-47-possibly-irelands-most.html. Skylight 47 is edited by Nicki Griffin, Kevin 0’Shea & Susan Lindsay, participants in the Advanced Poetry Workshop at Galway Arts Centre.

A native of Enniscorthy, Co. Wexford, Eamonn Wall lives in Missouri, where he is Smurfit-Stone Corporation Professor of Irish Studies/Professor of English at the University of Missouri-St. Louis. His poetry has been included in anthologies in Ireland and the United States including The Book of Irish-American Poetry from the 18th Century to the Present & Irish Writing in the Twentieth Century: a Reader. Eamonn’s essays, articles, and reviews in The Irish Times, New Hibernia Review, The Washington Post & Chicago Tribune. Through his involvement in the Launchpad and Scallta Media initiatives, which he helped set up to encourage the development of young writers and artists in Co. Wexford, he has continued to play a role in the artistic life of Co. Wexford. Sailing Lake Mareotis, Eamonn’s fifth collection of poems, was published by Salmon Poetry in 2011. He is also the author of Writing the Irish West: Ecologies and Traditions which was published by University of Notre Dame Press in 2011. Eamonn’s New and Selected Poems will be published by Salmon next year.

Patrick Kehoe's first poems were published by the late James Liddy in broadsheets and issues of The Gorey Detail. Early poems of his were also published in the Irish Press. In recent times his work has appeared in The Irish Times, Enniscorthy Echo, Natural Bridge, Cyphers and The Scaldy Detail. His debut collection, Its Words You Want was published by Salmon Poetry in July 2011. Paddy will read from his debut collection on the evening. http://www.salmonpoetry.com/bookshop-search.php 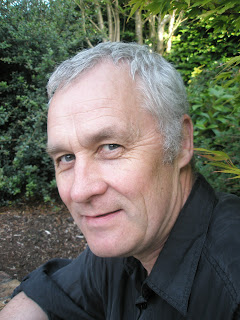 
There is no entrance fee.
For further information 087-6431748.
Over The Edge acknowledges the ongoing generous financial support
of Galway City Council & The Arts Council.
Over The Edge Literary Events at 8:36 PM
‹
›
Home
View web version